a typical day in our crazy life 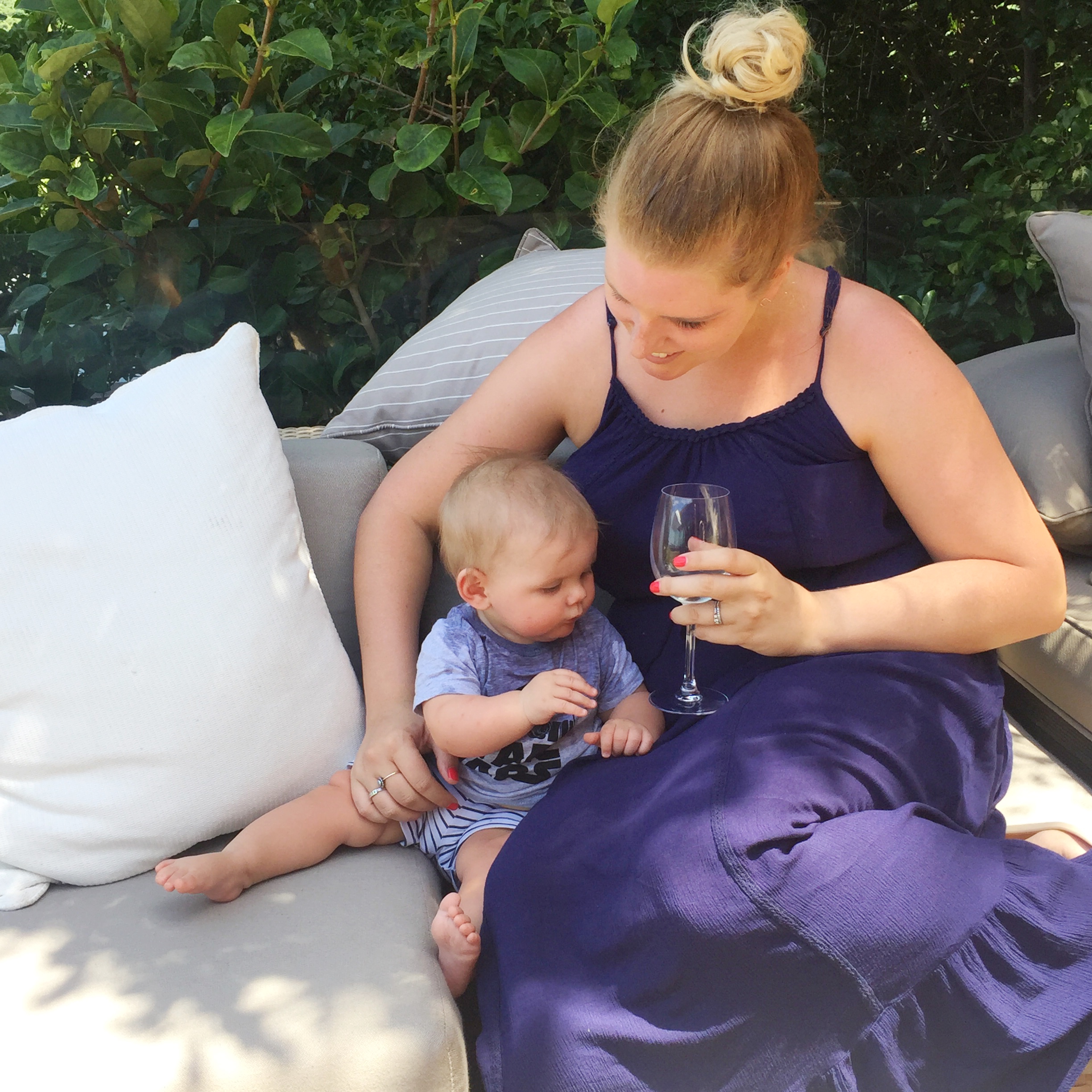 Look, I’ll admit it, I’m really nosey, I love to know what people get up to! I thought it would be fun to let you in on what I get up to on a typical day…

6am: Urg, wake up time! Dan’s alarm goes off and he hops into the shower. While he is showering I make Aria her bottle (she becomes slightly restless when she hears us waking up), let Moose out and quickly pack Dan’s lunch for the day.

6.30am: Aria falls asleep again, usually mid bottle and so this is when I do a quick little workout (I’m really loving the 4 minute HIIT workouts by Lucy Wyndham-Read) and then I begin with some of my freelance work.

8am: Time for a little break so I make some green tea and potter around the kitchen, unpacking the dishwasher and taking meat out for dinner until madam decides to wake up, somewhere between now and 8.30am.

8.30am: Breakfast time for the little one. Today we went with toast with peanut butter but our other favourites are porridge or french toast with cinnamon sprinkled on top. While Aria munches her breakfast I try to get a little bit more work done while I sit in the kitchen with her. After that I carry on with my work in the lounge while Aria and Moose enjoy a little bit of playtime. I’m really lucky that Aria is happy with her own company so it gives me the opportunity to do work while she is still awake but still keep one eye on her. She’s at the stage now where she’s pulling herself up on everything and is basically a rolling ball of mass destruction. Combine that with an energetic puppy and it’s a lot of getting up and down that I have to do, so I don’t really get that much work done, but I try.

10am: Sleepy time for the little monkey! While she is having her morning nap, I make myself some breakfast. I try to have something quite substantial like egg and avo toast but some mornings I just couldn’t be bothered to put in the effort so I ended up having marmite toast. With the rest of the time I do a bit more work, add posts to my blog and do some housework. I like to do a chunk each day. So for example, I did all of the laundry today, tomorrow I will give the house a vacuum and Friday I will clean the bathrooms. It varies from week to week though.

11.30am: Aria generally wakes up between now and 12pm, she has a little play and then I give her her lunch. On the menu today is some cheese, cucumber and a rice cake. I try my best to get the bulk of my work done by 12pm so that I have some time to play with Aria and Moose before she goes down for her second nap.

2pm: Time for a bottle and another nap for Aria. Time for some lunch for mama! Today’s lunch is a weird little combination but I love it: beetroot, butternut and feta sprinkled with some dried chili flakes and ground black pepper. Delish! If I still have some work to do, I get through it now before Aria wakes up.

3pm: The monkey is awake again! From now until Dan gets home I try to interact with Aria as much as possible. Sometimes I’m really tired and so I just end up lying on the floor while she climbs all over me and sometimes I have a burst of energy and I end up playing like a kid myself.

4pm: I am so lucky that Dan gets home every day at 4pm, it is so helpful! He generally makes himself a snack, both of us a cup of coffee and then he plays with Aria until she looks like she is ready for her power nap. I on the other hand am laying sprawled out on the couch catching up on my social media or closing my eyes for a few minutes.

4.30pm: Most days Aria needs a quick power nap now, usually about 30 minutes. This is also when I usually see clients at Gloss. Some days I only see one person and some days I see quite a few. Today I have two clients and will be busy until after Aria has had dinner so Dan will make dinner for her and feed her and then make dinner for us and we will eat together. Most nights though I will make dinner and all three of us eat around the table. I don’t make Aria anything special, she eats what we eat. If I don’t have clients, I try my best to take Moose for a walk around our neighbourhood. He is petrified of everything but it’s really good for him, and I enjoy the time outdoors as well.

6.30pm: This is the time that we usually have dinner together.

7pm: Aria is such a mess after supper that we just let her play in her high chair until it’s her bath time. Dan baths her every night and she absolutely loves it. He then dresses her and puts her down with her bottle. Most nights she goes down without a peep but sometimes she pushes her luck and we battle for about fifteen minutes. Once she’s asleep though, she is out until the next morning when we wake up.

7.30pm If, like tonight I’ve worked through Arias supper time, Dan and I will sit down for dinner together, often with a glass of wine – it’s very important! After that we generally put on some series, chill and chat.

9pm: Every night I have a long bath, as in 45 minutes long, sometimes even and hour! But it’s my time to wind down from the day, do a bit of reading, catch up on messages and watch some YouTube.

10pm: I take Moose out to do his business and then we hop into bed. Sometimes we go straight to sleep and other times we end up watching series for a while longer. Moose usually has a little run around our room flinging his zebra around before settling into his bed.

Of course no two days are the same, sometimes I meet a friend for lunch or I have errands to run, but this is the basic pattern that we follow. I hope you enjoyed a little peek into our lives! 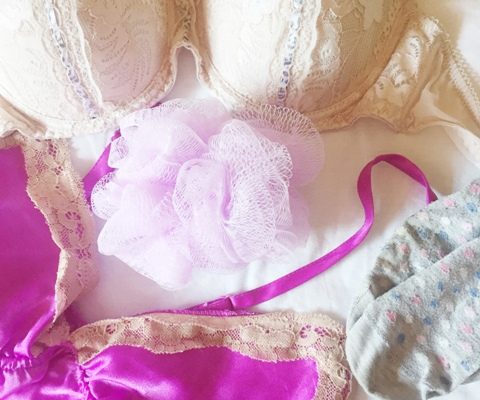 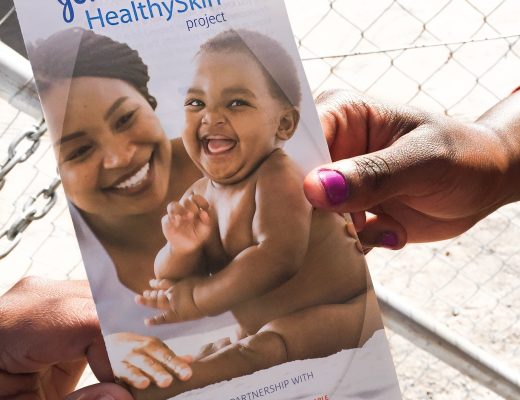 How Johnson’s Baby and Unjani Clinics are Empowering Mothers 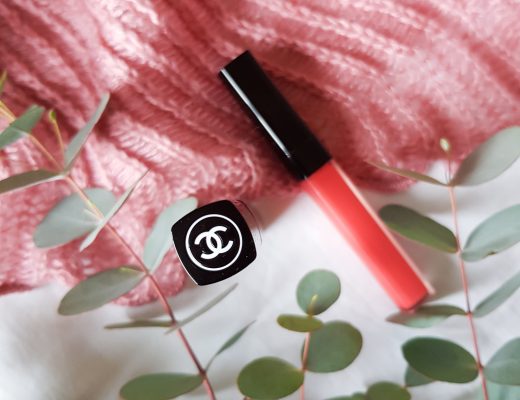