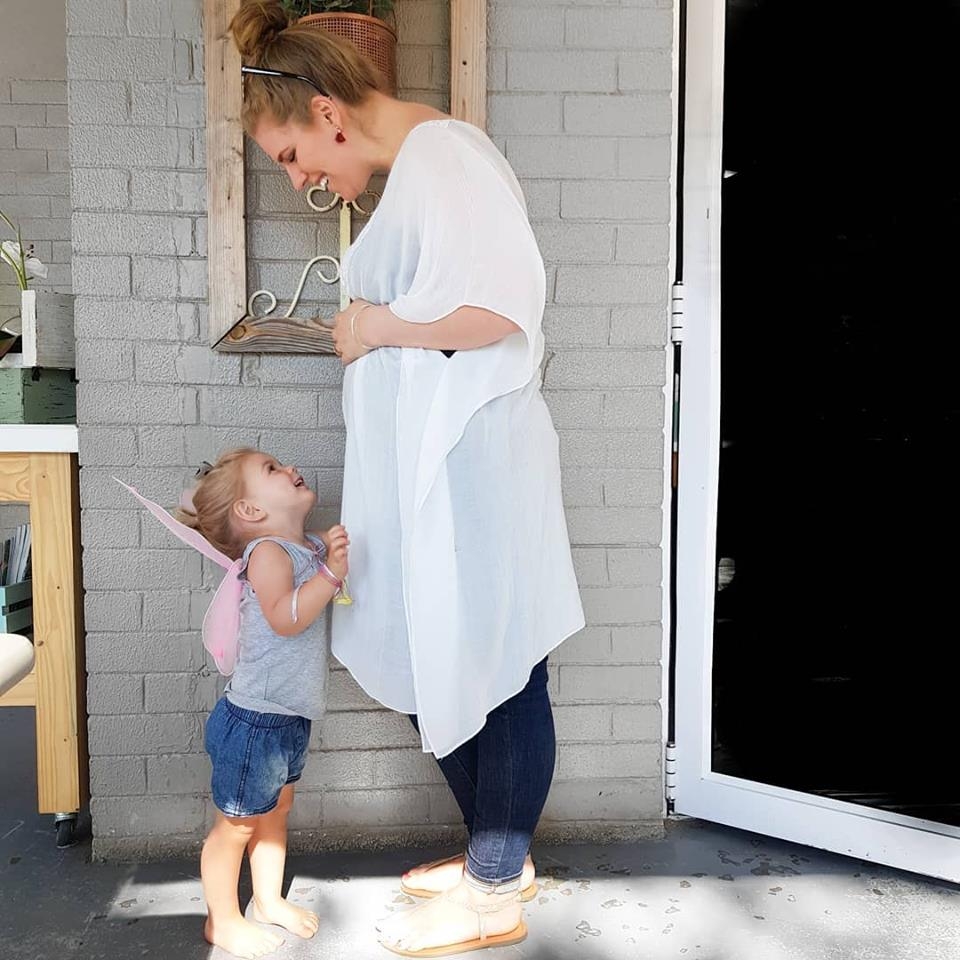 To be honest, I’m not really sure where to start, the past 5 or 6 months have been such a mental and emotional whirlwind, everything almost blurs together. I suppose chronological order makes sense so lets go with that shall we?

In May (the exact date escapes me) we were robbed at home, and Dan was mugged in one of our cars. That night the same people came back and stole one of our cars. So yes, 3 hits in one day. I had a lot of questions about that day, and although I really don’t want to share the nitty gritty details, I thought I would answer the most frequent questions that I got.

Yes, Aria was in the house when it happened but luckily she was fast asleep and has no idea what went on.

No, it was not at all violent, I wasn’t held at gunpoint and I never felt like my life was being threatened. Dan was held at knife point but immediately gave the criminals what they were after and then it was over.

No, I am not scared in the house when I am by myself. It just doesn’t feel like my home anymore, it’s just a house that we live in.

Yes, we have put the house on the market, it just doesn’t feel like out special space anymore and after some deep soul searching, many late night chats and a good few therapy sessions, we have decided that we want to downscale and declutter our lives. We are in no rush to sell and have a very specific price that we want, the market isn’t great at all at the moment but we are happy to wait.

No, we are not immigrating, in fact I think we will stay in the same area once we move.

I think what upset me the most about the whole ordeal was that my rings were stolen. I wore 4 rings every single day: my engagement ring, my wedding ring, a Janine Binneman ring with Aria’s name engraved on it and an antique diamond and opal ring that my cousin gave me when I was one of her bridesmaids. None of them were worth massive amounts of money but they were all incredibly sentimental to me. I never took them off but the night before we were robbed, they felt a bit tight on my fingers so I took them off, put them on my bedside table and forgot to put them on again the next morning. When I realised that they had been taken I was absolutely shattered, especially about my wedding and engagement rings. Dan had bought my engagement ring with money he had saved from his first year working (and not earning very much at all), and both of our wedding rings were engraved and then blessed in our wedding ceremony. Sure, my new ring is gorgeous and has some attributes that my original rings had but it’s not the same and I would take the smaller diamonds with sentimental value over the one I have now, any day.

Those who know me well, know that I am not a very emotional person, I honestly can’t remember the last time I cried and it’s very seldom that I react to a situation emotionally. Despite this, I did go to three sessions of trauma counseling and left with a clean bill of mental health at the end of it. My therapist was happy with the way that I was processing it all and the decisions (selling the house, etc) we had subsequently made. In my mind that whole situation is over and done with, I don’t have flashbacks or anything of the sort which I am so grateful for. I know that we were lucky, it could have been so much worse, and I thank my lucky stars that it wasn’t.

So that’s the one major event that happened. In amongst all of this, Dan and I had been trying for baby number two since about November last year and I was becoming more and more frustrated that it hadn’t happened yet. At that stage we had been trying for 6 months which was a lot longer than was normal for us. The first time I fell pregnant, I had only been off the pill for 3 months, and the second time (with Aria), it only took a month. Fast forward to July and I found out that I was pregnant – yay! Dan and I were thrilled and I went to go and have blood tests that same day. I was only around the 4 week mark but I knew that we would have to be in the doctors rooms the following week for our first scan. Even though you aren’t able to see or hear a heartbeat at that stage, because of my previous loss my gynae likes to see me as soon as I find out that I am pregnant so that she can monitor everything from the absolute get go.

I made my appointment for the same day that I was leaving on our girls trip to Magaliesburg, it just made logistical sense and so off to the doctor Dan and I went, full of giddy excitement. Well, that was short lived. To cut a long story short, my gynae wasn’t happy with what she saw on the scan, the blood tests and the date of my last period. She told us that she was concerned that I might miscarry again and so to try to prevent that from happening she prescribed me a bunch of medication. She handled the situation so well but of course our hearts were shattered and it felt like the beginning of the same nightmare we went through 3 and a bit years ago. We tried to be as positive as we could about the situation but it was really difficult since we had experienced the worst case scenario first hand.

My first trimester with Aria was an absolute breeze, besides the exhaustion, I felt great, this time around it was an entirely different story. The medication that I was on made me so ill, I wasn’t vomiting but it made me extremely nauseas, so much so that many days I could barely drag myself out of bed and I battled to eat. That on top of the exhaustion and running around after Aria was insanely draining, I honestly don’t know how I made it through some of those days. But I got through the girls weekend and our quick trip to Durban, surviving on water and Salticrax. Still, we told no-one especially now that we didn’t know what the future held for this pregnancy.

I feel like this is going to be an entirely separate post on it’s own at some point, but I’m going to mention it now anyway. I’m not your stereotypical pregnant woman; I don’t really connect emotionally to my unborn child, I don’t rub my tummy and feel all excited, pregnancy is just not an emotional time for me. It really is a means to an end. I know it sounds so cold and harsh but it’s just the way that my brain works in these situations. Of course I am excited for another little girl to join the family and I feel very fortunate to be able to fall pregnant and have children but the emotional connection to my unborn child is just not something that happens for me, and I’m honestly okay with that. In fact I think it was my saving grace in those first three months. I was very logical about it all, especially leading up to our next appointment. I had made peace with the fact that there probably wouldn’t be a heartbeat and that I would most likely need to book in for a D&C that same week, that was the logical progression in my mind, because that’s what happened the last time we were in this situation.

Four weeks after our initial scan we were back in the doctors office and this time it was good news, baby looked great! A strong heartbeat (which Aria really enjoyed), growing well and… our gynae said that it looked like it was a boy! In the moment I was just so happy that our baby was fine, that I didn’t really register that it was probably a little boy. But as the days ticked on, it kind of started to sink in, and I didn’t experience all the excited emotions that you “should”. After about a week of honestly just being sad and a little bit negative about the situation, I called up my therapist and made an appointment. I know that pre-natal depression is a real thing, and having suffered from post-natal depression, I wanted to nip anything of the sort in the bud. Although I don’t go to my therapist regularly, sometimes I just need a few weeks of treatment to get me through a rough spot, and I am so glad that I found someone who understands my personality and can treat me in line with that. I was pretty certain that I was going through gender disappointment, something that many women go through but not many chat about because, like miscarriages, infertility and the like it’s seen as shameful. You’re having a healthy baby, isn’t that gift enough? Of course it is! But that doesn’t mean that you can’t be slightly (or very) sad that you aren’t having the little girl (or boy) that you were hoping for. After chatting to my therapist and really dissecting what was going on in my mind, she explained that after our first appointment at the doctor, my brain started to prepare itself for bad news, and when we didn’t get the news that we were expecting, it clung to the fact that I was having a boy as the bad news. Over the next couple of weeks she gave me some exercises to do at home to try and wrap my head around the fact that there would be a little boy in our home soon which I did religiously and slowly I started to feel okay with the idea of having a boy. Well, imagine our surprise when we went to our scan a month and a bit later, only to find out that we were in fact having a girl!

We are so, so excited to be growing our #girlgang but at the same time, I’m glad that I went through those few weeks of working through things when we thought we were having a boy, times like those can only serve you well in the end. Just like everything else that has happened in the past 6 months, it’s been a really rough time, with some very low lows, but the highs have been pretty magical. I’ve learnt (again) that we always have a choice in life, I could dwell on all that we have lost, or I can count my blessings and realise that actually we’ve gained a significant amount too. It’s not always easy to do and I often have days where things just feel a bit too much after everything that’s gone on this year (this is all a small percentage to be honest) and on those days I give myself a bit of grace. But the next morning, it’s back to choosing to be thankful and happy with what I have and where I am in life. 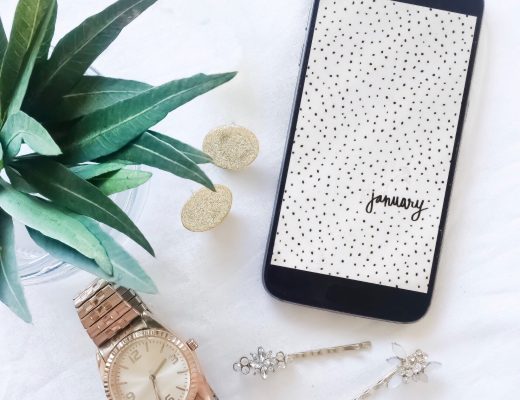 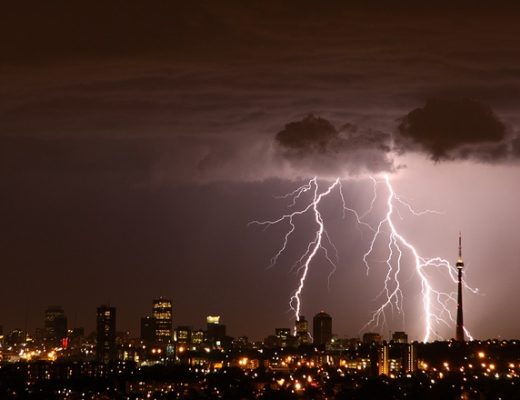 How I started to fall in love with Jozi 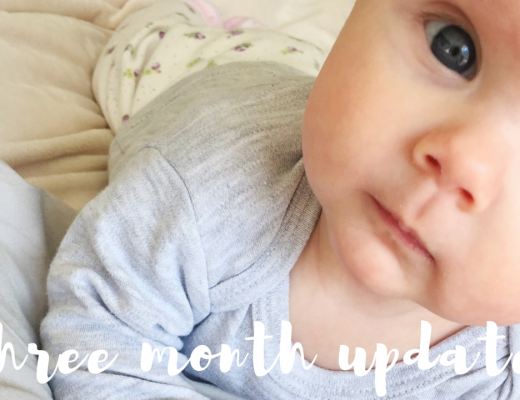